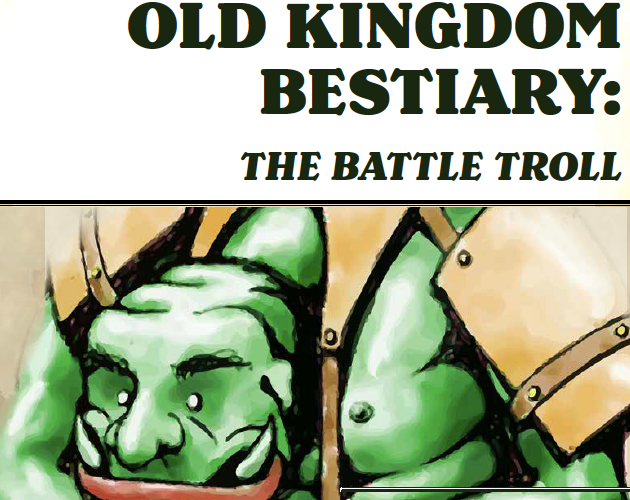 During the fall of the Old Kingdom, many armies fielded powerful and aggressive trolls bred and trained for organized battle. Now the story of these terrible weapons can be told again.

This product includes stats for the battle troll, the more fearsome but less pliable siege troll, and a magic item used to train and control the creatures.